The United States has a large transportation network. That can be used throughout different cities and districts. Each of them demonstrates the effectiveness and good conditions they have, especially as a special service to US residents and the thousands of tourists who come here. It should be noted that each of these media has different itineraries. Even many of these are connected to each other for an easier transfer to their users.

Airports In The United States 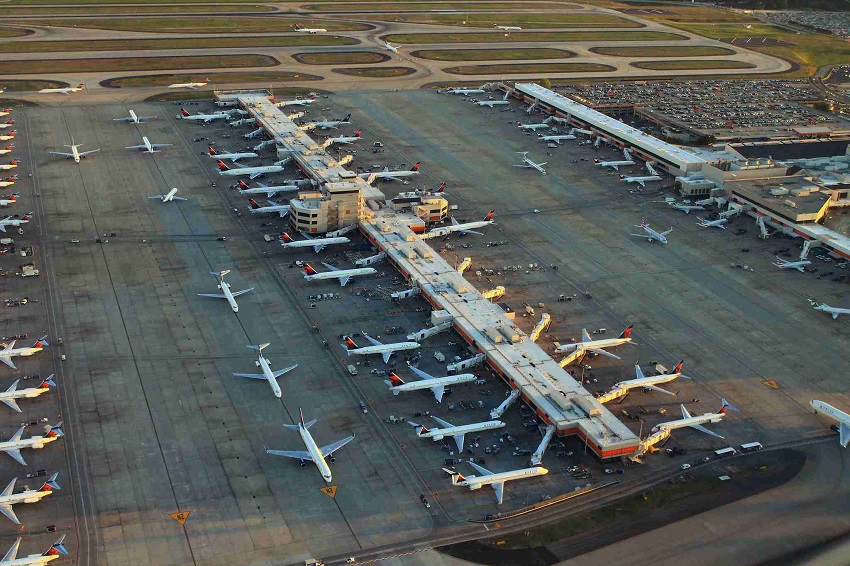 The United States can be crossed by plane in five hours from east to west and in two hours from north to south. Most of the cities and towns of the United States are connected by air, through important lines such as Continental Airlines, US Airways, United Airlines, American Airlines or Delta Airlines, among others that connect the main cities of the country and all of them with very attractive offers at advantageous prices.

The airports of the United States have all the facilities and services. Such as restaurants, cafeterias, car rental, or meeting rooms for business. Generally, airports have public transport service to the city center, some with a long waiting time due to their short frequency. Likewise, if you don’t want to wait, you can always resort to taxis.

Smoking is not permitted at any airport in the United States, nor are there any smoking rooms. The ban also extends to all domestic and international flights.

However, due to strong price competition from airlines, train journeys are becoming less frequent, especially over long distances. Amtrak is the national company that connects most of the national territory of the United States. The trains are equipped with sleeper cars. Panoramic cars, a snack bar, a restaurant, and a car for entertainment. The company offers 45-day train passes for foreign tourists at really competitive prices.

Most of the stations are in city centers. There are also routes known as “historic” with steam engines or narrow gauges. In which the circuits of the Mount Hood Railroad in Oregon and the Durango-Silverton in Colorado stand out.

The bus service is inexpensive than the plane. The buses that connect most North American cities are air-conditioned. With relatively comfortable seats, and long-distance buses make stops for lunch and rest every four hours.

Currently, there are approximately 52 bus companies in the United States, these cover 2,137 cities and towns with a reliable transportation network. In general, buses in the United States offer free Wi-Fi access, comfortable seats, onboard toilets, and reclining seats with head restraints for travel between the main and smaller cities.

Among the main bus companies in the United States are:

Driving In The United States

The road transportation network is excellent and the most extensive in the world. Consisting of highways, national, state, and municipal roads, as well as rural park and forest roads. Interstates and highways are excellent, with numerous gas stations, motels, rest areas, and emergency telephones.

Car Rental In The United States

Regarding car rental in the United States. The prices are much more advantageous than in any other part of the world. You must be over 21 years of age, have a valid driver’s license and present a credit card. A good alternative if you are traveling with a small group is to rent a minivan or caravan since the infrastructure for camping is magnificent. The largest international companies have car rental offices at airports and in most cities. There are excellent discounts for foreign tourists. Regarding the size of the cars in the United States, they are classified as economical or compact that is equivalent to the standard size of European vehicles. While in the United States standard refers to those of the size of limousines.

You may also be interested in The 5 Tips For Transporters